And how it's impacting the music we listen to

For decades, everybody in the music business knew one thing for certain: if you wanted to break a new artist, you had to get their songs played on the radio. Radio DJs were the gatekeepers of the industry, offering up-and-coming acts a level of exposure that could change their careers almost overnight. Acts like Jay-Z and REM — among the most successful of the ‘80s and ‘90s — got their starts by forging powerful alliances with regional radio stations before ascending to national stardom.

But with the advent of streaming services, times have changed. Spotify, Apple Music and other platforms are leveling the playing field, allowing unknown artists to bypass radio and still build massive, global fanbases. The editors of curated playlists on Spotify and Apple are suddenly supplanting radio DJs as (arguably) the industry’s most influential tastemakers.

Music industry veteran Bob Lefsetz noted this shift in a 2017 edition of his newsletter. Here’s what he had to say about the current dynamics between streaming and radio:

By waiting so long to go on tracks and sticking with them radio is clogging the arteries, and signing its own death warrant. Who in hell is gonna tune in to hear that which was a hit months before? NOBODY! Radio is almost like reruns.-Bob Lefsetz

But just how accurate is Lefsetz’s assessment? Is radio really losing its standing as a purveyor of new music and emerging trends?

To find out, we grabbed data on every song that broke either the top 50 on Spotify or radio (according to Billboard) dating back to the week of December 29, 2016. Our analysis lends insight into how quickly new songs are finding an audience through streaming vs. radio and how that differs by genre.

On the whole, Lefsetz’s assessment proves to be true. Radio is indeed lagging behind Spotify in its ability to quickly surface new, popular songs. On average, it takes about two weeks from the time a song is released for it to reach the Spotify top 10 (if it makes it there at all). Meanwhile, it takes nearly three months for a hit song to reach the top 10 on radio. Once on the top radio chart, however, a song generally has serious staying power. The average top 10 radio hit remains on the Billboard chart for 26 weeks, thirteen weeks longer than on Spotify. Even nine months after release, a huge song can still have consistent spins on the radio.

The conclusion doesn’t change much if we analyze the data by genre. Rap songs gain traction on Spotify long before they earn substantial airplay on radio, but are also supplanted quicker.

Pop songs present possibly the starkest example of the current divide between Spotify and radio. A big pop record often exits the Spotify top 10 right around the time that it enters the radio top 10.

Most songs we analyzed fit this pattern. “New Rules” by Dua Lipa — the British singer’s biggest hit to date — started to pick up steam on Spotify in late July 2017, several weeks after the release of its viral music video. Yet it took until mid-November to crack the top 50 on radio.

Still, some songs do buck the trend. While most records see a relatively short shelf life on Spotify compared to radio, Lil Uzi Vert’s “XO Tour Llif3” stayed on Spotify’s top 50 list for more than a year. The success of “XO Tour Llif3” on Spotify is indicative of hip-hop’s continued influence on streaming platforms.

Another mainstay on Spotify’s top 50 last year was Ed Sheeran’s “Shape of You”. But unlike some pop anthems, the track hit radio’s top chart almost right away. For big name artists like Ed Sheeran and Taylor Swift, there is almost no lag between the time their new single drops and its pickup on the radio.

Click the buttons below to see how other songs in the data performed.

New songs have definitely been reaching the masses faster on Spotify than on radio over the last two years. A potentially related question is whether these mediums cater to distinct audiences, who could differ in their musical tastes as well as their appetite for new songs.

Below we’ve plotted every song that landed on either the Spotify top 50 or Billboard Radio top 50 since the end of 2016. Through this lens, it becomes obvious that Spotify is the more hip-hop centric of the two (even though it’s not the most beloved platform among hip-hop fans). Radio, meanwhile, leans slightly towards pop and heavily towards country.

What songs broke the top 50? 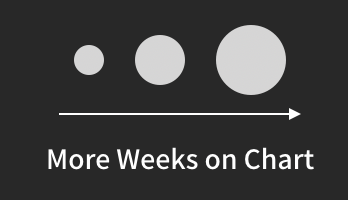 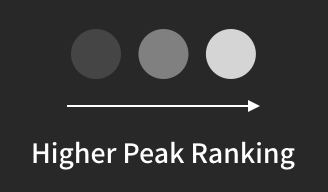 Another indication of streaming’s hold on hip-hop is the number of rappers that have found success on Spotify without landing a radio hit. Indeed, almost half of the hip-hop acts that cracked Spotify’s top 50 — more than 40 in total — did so without any of their songs reaching Billboard radio’s top 50. XXXtentacion, the controversial rapper killed last June, has placed 29 songs within the Spotify top 50 since 2017 with little radio airplay.

But Not Radio Top 50 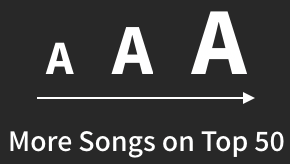 Meanwhile, a large number of the artists who charted on Billboard radio and not Spotify are country stars. Household names like Jason Aldean, Blake Shelton, and Luke Bryan all have at least five songs that were top 50 hits on radio, but not on Spotify.

But Not Spotify Top 50

So is radio doomed? Before we write radio’s obituary, let’s remind ourselves of three things:

All that said, our analysis indicates that mainstream radio is playing a different role in the music landscape than it used to. More and more, artists are finding widespread exposure on streaming platforms first and radio second (if at all). We’re witnessing an indisputable paradigm shift across the music industry.

We used Billboard’s weekly chart of “Top Radio Songs” in the US between December 25, 2016 and December 25, 2018. Similarly, we used Spotify’s weekly list of Top 200 U.S. songs over the same timeframe, but culled each week’s list to the top 50 to match our data from Billboard. There were two missing weeks from Spotify data because the links appear to be broken, but it does not significantly affect the averages.

We determined the date of each song’s release by retrieving data from the MusixMatch API and manually supplementing it with information from Wikipedia. We classified each artist by genre based on results from the Spotify API and Wikipedia.

Songs released before December 25, 2016 were removed to avoid muddling our calculations of average trajectories on radio and Spotify (because we don’t know whether these songs charted in prior weeks). Similarly, we removed songs on the December 25, 2018 charts because the number of weeks they’ll remain in the top 50 is unknown. However, all songs were included in our analysis of artists that appeared on one chart but not the other, as seen in the final two visualizations.

Data visualizations were developed in D3.js.